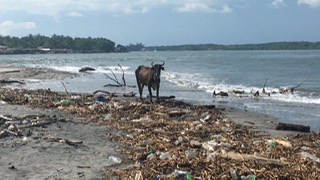 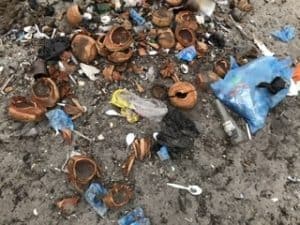 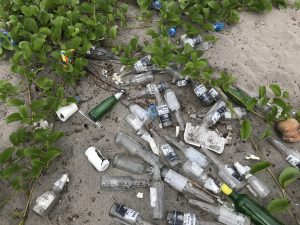 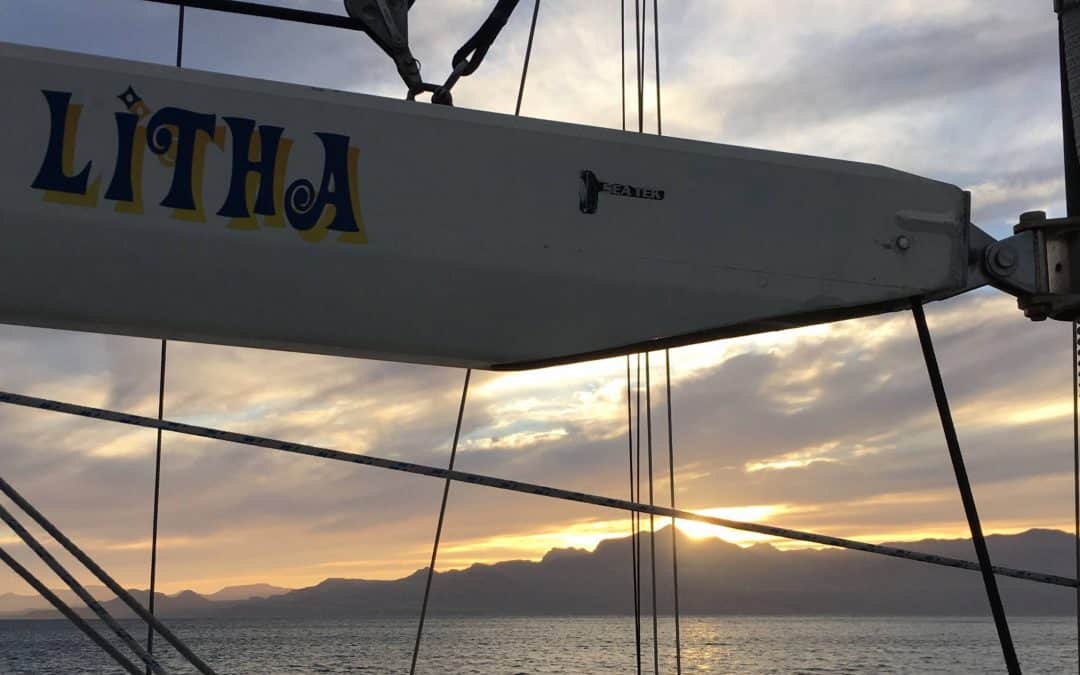 Well, to my family and me, Litha is our home. Litha is the name of our sailboat as we travel the world. But what is Litha, and why did we choose it as her name? 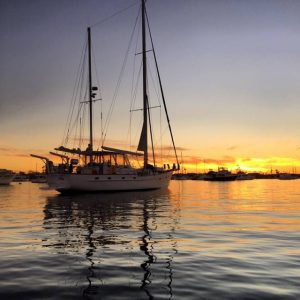 Litha is the Celtic/Pagan celebration of the Summer Solstice, and marks the first day of summer. It is opposite of Yule (the Winter Solstice) on the Wheel of the Year. The wheel shows the four “Sabbats”, or Solar Celebrations, coinciding with the Solstices and Equinoxes. And also the four earth celebrations, or “cross quarter days” between solar points. For instance, Samhain (modern day Halloween) is halfway between the Fall Equinox and Winter Solstice. 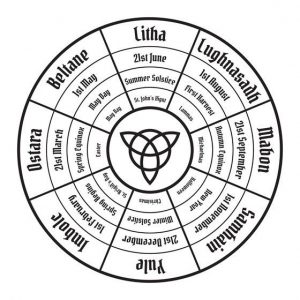 Litha is the longest, brightest day of the year. The word “Solstice” comes from the latin word “Solstitium” meaning “sun stands still”. Ancient Celts used to celebrate Litha by traveling to the hilltops and lighting bonfires to honor the space between the earth and the heavens, land and sky.

Other ancient rituals included lighting a large wheel on fire and rolling it down a hill into the water. Litha is the most powerful day for the sun, but it also marks the days becoming shorter again. The water and fiery wheel may have represented soothing the sun’s strong fire, and was an offering to the gods to prevent drought for their crops. 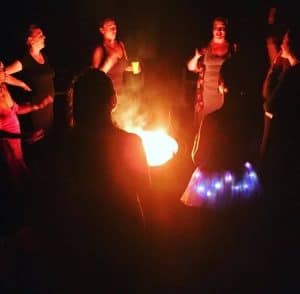 Litha has been known as an important day for ritual. From the Romans honoring Juno, the Goddess of women, childbirth, and marriage, by naming the month of June after her as crops and nature thrive in summer; to offering cinders from bonfires to crops as a blessing. Even William Shakespeare associated ritual and witchcraft with the Summer Solstice in at least three of his plays. It’s a powerful day. Earth and Air, Fire and Water, Day and Night. The sun leaves Gemini with such duality, and enters Cancer, the sign of warmth, home, and comfort.

A modern day ritual that I would recommend today would definitely include focusing on your Solar Plexus Chakra. This Chakra is located just below your ribcage at your sternum. The color associated with your Solar Plexus is yellow, and it represents your own inner sun: Your fire, your willpower, and your sense of self. As you light your own bonfire tonight, write down aspects of your self that do not make you feel as powerful and confident as you truly are.  Burn these small pieces of paper in the fire to rid of them and increase your self worth and shine! Stay up late and say goodnight to the sun tonight. Play music, light a BBQ, and enjoy the longest day of the year! 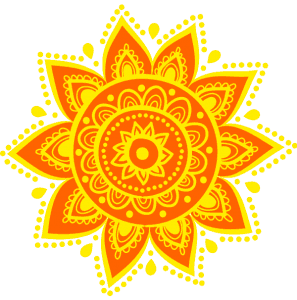 We named our home afloat Litha for our own balance in life; to celebrate a never-ending summer of wanderlust for our family. Follow us at http://www.lifeoffthedeepend.com 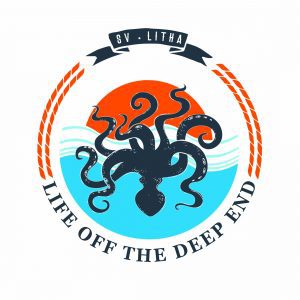 Planting seeds, blooming, and returning back to the soil is a common metaphor used to explain how the moon cycles impact us each month.

I offer this new metaphor for flowy, watery, ever-changing, adaptable humans like me. For those of us who do not feel grounded most days, and we definitely don’t feel like pretty flowers:

New Moon ~ An orange sunrise on a beautiful sandy beach — A new day. The water is calm where you sit but you can see the waves caused by the Spring Tide crashing, strong and powerful, on the reef in the distance. You feel the need to rise and spring forward.

Waxing Crescent ~ You find a paddleboard on the beach and decide to get in the sea and float. Dipping your paddle in the water, you gently move forward to explore the reef. You circle around it, watching the waves crash on the other side.

First Quarter ~ You feel the momentum and power from those waves and you need to experience them. You’re nervous, but also excited about not being in this calm little cove anymore. You receive support in the form of an amazing sturdy sailboat. You match the power of those waves with your own power, and you soar over the reef into the vast ocean.

Waxing Gibbous ~ It is a beautiful day at sea, sailing through the ocean under your own power. With only the wind and signs from the universe to tell you where to go next, everything just feels “right”. At night, you look up at the stars and ask them to guide you. You are enjoying your journey.

Full Moon ~ You find a new exciting beach and decide to anchor over and throw a huge party to celebrate your accomplishments and your journey so far. You invite friends, you imbibe, and you dance. You look up at the sky and appreciate the outward focus on your life. You dive in the cool water and swim naked around your boat, cleansing your body and feeling free.

Waning Gibbous ~ The sun is shinning in the late morning and you’re feeling a little hung over from your celebrations. You decide to take it easy and go for a swim to relax. It feels cold and refreshing and you spend some time snorkeling, thinking, and watching the sea life.

Third Quarter ~ It’s time to start thinking about heading over the next reef to go somewhere new. You’re feeling restless in this calm cove and the waves are beginning to become more powerful in the distance again. You take a walk around the island to say goodbye to your new friends and thank them for their time with you.

Waning Crescent ~ It is now sunset, dusk. It is time to let go of this current journey and get ready to begin the next. As it gets darker, you pause and take time to meditate on the beach, feeling a little sad, but ready to start fresh in the morning — A new day.